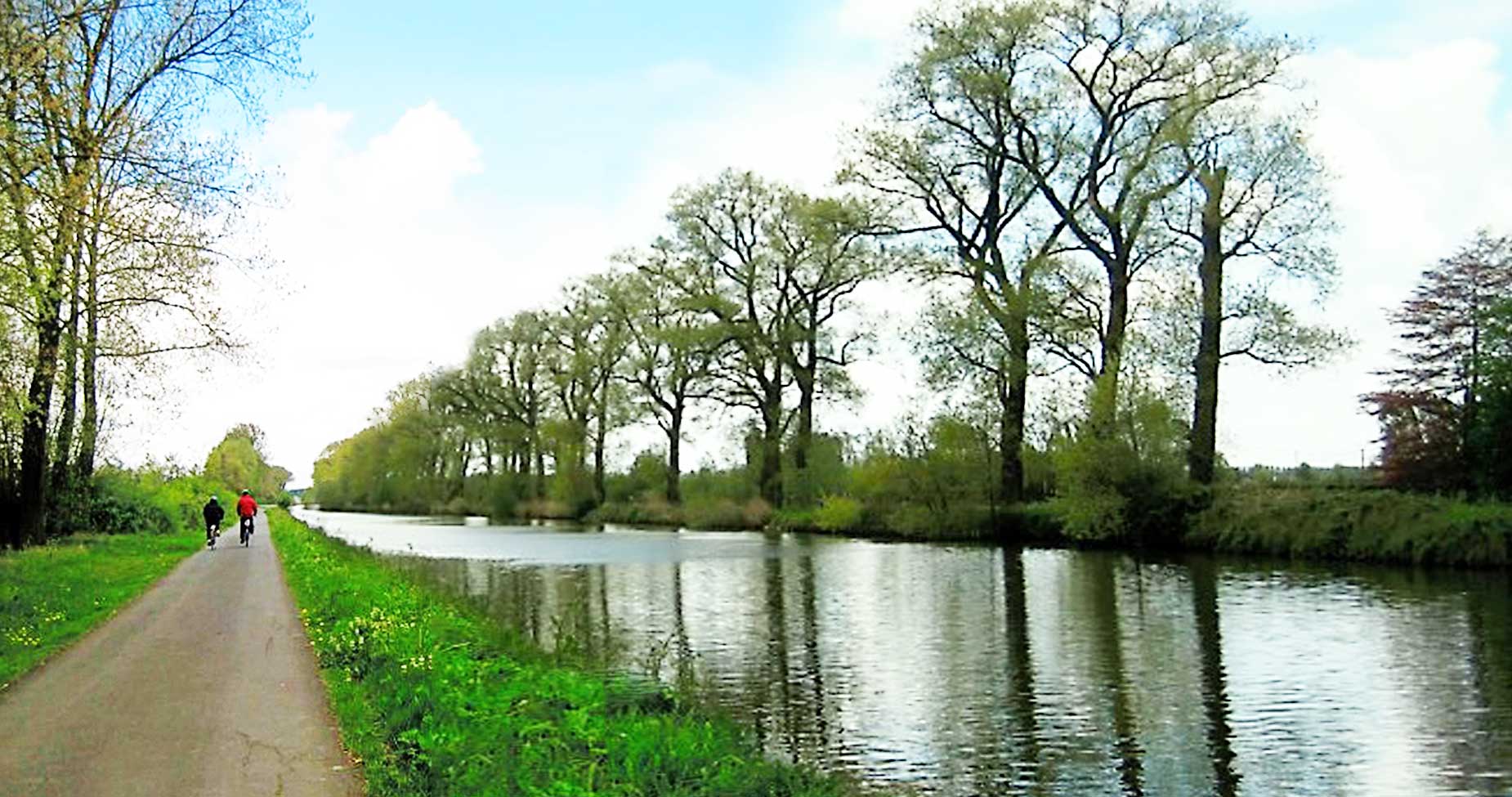 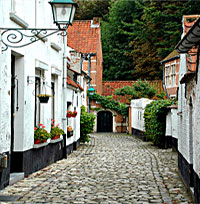 Although you come to bicycle …

… the cloth trade is what brought visitors to Belgium centuries ago, and your visit will be more interesting because of them. They spent money that was used for beautiful buildings remaining today; they fostered art that still may be seen in local museums. And the bicycling is good, too.

You’ll be met at the Brussels Airport and transported to your barge, anchored in the little Zenne River on the north edge of the city. (In Brussels’ central area the Zenne is covered over and runs beneath the streets.) Advantages of the barge are many: no packing/unpacking, reliably good food, a comfortable cruise past difficult biking sections. The barge will take us along the Zenne and by way of other rivers to the Scheldt, at Antwerp, on to Ghent and eventually to Bruges. Belgium, very flat in the area we’ll be traveling, recognizes the bicycle as a reasonable means of transportation and is well supplied with bicycle paths.

Along the way we’ll see the medieval architecture of Mechelen, have an opportunity to explore Antwerp and get a sense of the long history and many pleasures of this little country. One of those pleasures, of course, is chocolate. Belgian chocolate. That’s like saying “Arabian horses” or “French perfume,” meaning the very best. What the Belgians can do with chocolate will delight you. Another thing Belgians pride themselves on is beer. The beers are strong and dark, light and golden, sometimes made from fruit (!), racking up hundreds of variations on the noble theme of beer.

Which brings us to one of the primary reasons for travel, and a meaningful reason for visiting Belgium: the enjoyment of local cuisine. Local cuisine in Belgium can be very local indeed. Most towns have their specialties, perfected down the centuries and served up today with considerable pride. Some people say Belgian food is second only to France. Some people say it’s just as good as – or sometimes better – than France. This difficult question can be yours to decide.

Meanwhile, you will have become accustomed to street signs in Flemish (very close to Dutch), developed an eye for Gothic architecture, and exercised connoisseurship in chocolate or beer or both. The tour runs Brussels to Bruges and, alternately, from Bruges to Brussels, although arrival in both cases is at Brussels Airport. Bruges is famously picturesque, with canals and cobbled streets setting off its medieval atmosphere. Movies have been made there, novels have been set there. In Brussels modern times have elbowed in, with contemporary arts galleries and specialty shops for specialties that might surprise you: comic books, for instance. The new doesn’t detract, though, from the city’s ever-present sense of history and fine old architecture. Belgium is a corner of Europe you may not know, but once you do you’ll wonder why you waited so long.  Note: Tour may operate in reverse direction.