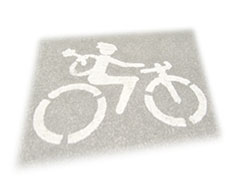 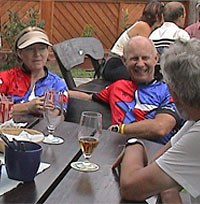 … is a tour to places you have probably never been, along a river you might not have heard of, through forests, past lakes, small farms and pretty villages to end in the engaging capital of Slovenia, Ljubljana. You may not have known you want to go to Ljubljana. Once you’ve been there, you may very well want to go again.

We fly into Salzburg, Austria and coach to the ancient village of St. Michael where we spend our first night. St. Michael is in the mountain-rimmed Lungau Valley, which opens to the east to allow the Mur River access to inviting terrain beyond. St. Michael used to be a mining town (13th century) but in the 21st century it is accomplished in welcoming visitors to its beautiful setting.

We’ll be following the Mur (Mura, once the German-speaking population is left behind) in its gentle downhill route along the well-surfaced River Mur Cycling Trail and its links, through Austria and into Slovenia. It’s true that at one time gold could be found in the Mur River as well as in the Alpine terrain bordering it. It’s true the Celts were here before the Romans, and that everywhere history runs deeper than memory can hold. We’ll be in spa country, in wine country, in brewery country and will discover flavorful local cuisines we didn’t know were there.

Small towns are the norm on our route, with the exception of Graz, Austria’s second largest city. There the late 19th-century Town Hall still is considered new and its Old Town section is attentive equally to cultural and culinary attractions. We will spend two nights in Graz, with a full day to explore and a walking tour to give a sense of the place. Graz is the capital of the province of Styria, where winter sports rule in the cold months and tobacco, surprisingly, is grown in its eastern section.

Other Austrian towns we will see something of include Leoben, where the famous brewery is open to the public and the architecture can date back to the year 1000. The old market town of Bruck, at the confluence of the Mur and Murz Rivers, was famous for its blacksmiths in the 17th century and some of their work survives today, notably in a city square. By the time we’ve reached Ptuj, in Slovenia, we’re following another river, the Drava, and may take time for a look at this town’s compact medieval core.

A coach will transfer us to Ljubljana for the final stop of the tour. This small but lively city sits on both sides of a curve of the Ljubljanica River, handsome stone footbridges providing frequent cross-overs. The 12-night tour ends here, with time to discover something of its delights. We will have bicycled from 24 to 36 miles most days, on bicycle paths or country roads, for a total distance of about 250 miles. The Europe we’ve seen is not on the Six Days/Six Countries outings but is quietly accustomed to visitors and pleased to show its charms. 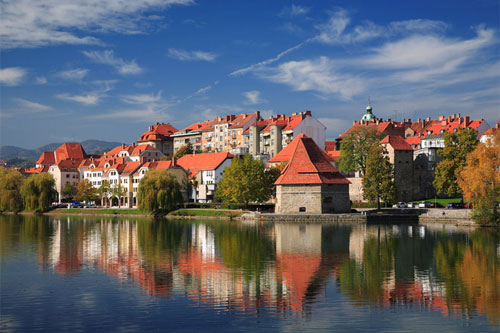