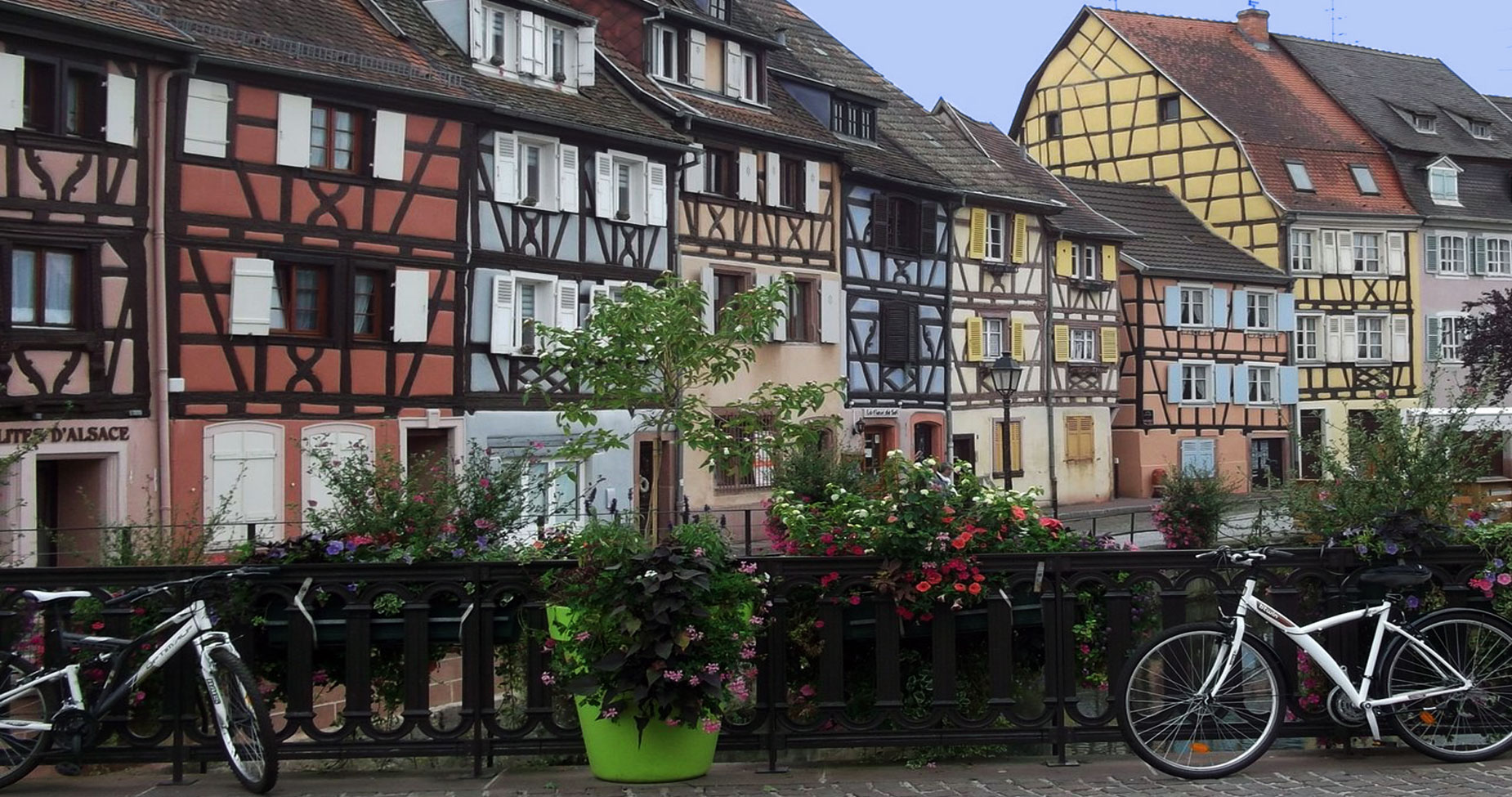 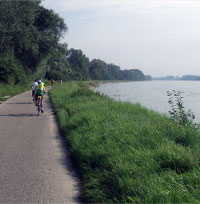 … hotel accommodations rather than barge for this trip in the heart of Europe, where you move from country to country the way we move from state to state at home. If you like the added dimension of staying in a small hotel in the midst of a town rather than the undeniably convenient but somewhat removed accommodation of a barge, then this tour is for you. Your luggage, of course, is transported by us.

The countries you will move between are Germany and France; the towns are primarily on the storied Rhine River although near the end of the tour we’ll spend a day cycling beside its tributary, the Neckar River. Biking alongside rivers is well known to be easy peddling. The towns we visit have been in place so long that memory falters and many of their principle buildings were built more generations ago than can be easily counted.

You will fly into Switzerland and transfer by coach to Germany, to Neuenburg am Rhein, in bike tour country. First order of business: try your assigned bicycle, make note of the local rules of the road and the IBT corner system, and generally get set for the biking to come. The next day we’ll bicycle into France, just across the Rhine, and proceed to Colmar where we’ll spend two nights – a fine town in which to have some extra time. Colmar escaped the wholesale destruction of the world wars and is a splendid place for wandering. Medieval and Renaissance buildings are enhanced by 19th century monuments and fountains and in the Dominican Church is the touching Virgin in a Rose Garden, by a 15th-century local artist, Martin Schongauer. Colmar’s Unterlinden Museum houses the famous Isenheim Altarpiece, an early 16th-century work combining sculpture and painting.

Our next night is in Selestat, where we visit a 12th-century chateau, Haut-Koenigsbourg. We are in the Alsace section of France, historically linked to Germany, in an area where both countries take pride in their local foods and where Alsatian wines come from. A visit by coach to a wine cellar will expand your knowledge on that front and you may also want to become knowledgeable about many-flavored macaroons, another specialty of the area. Fortunately, you are biking, as still another of our visits is to a chocolate museum where tastings are featured.

Two nights in Strasbourg will allow for a guided tour of this town with its long memory and handsome buildings, plus time to explore on your own. Like the natives, you can enjoy a cafe terrace view of the passing scene. We continue along the river to Seltz, a small French river town.

We will also spend a night in a town whose name proclaims its most prominent feature: Speyer (spire). It’s one of Germany’s oldest cities, founded by Romans but also lived in by Teutonic tribes. Construction of the city’s spire-crowned cathedral began in the 11th century; beneath the high altar are tombs of both Holy Roman emperors and German kings.

We leave the Rhine for our final day on the bicycles, following the Neckar River upstream to Heidelberg, where Renaissance architecture comprises the new buildings of the Old Quarter; the older ones are Gothic. We’ll have two nights in this university town, with an afternoon in which you can make your own exploration of castle gardens, the old town section and the shops as well as take a ride on the funicular for a commanding view of the city.

France and Germany have intermingled here for centuries. You will fly out of Frankfurt Airport with a new understanding of this special area, where northeastern France meets southwestern Germany. 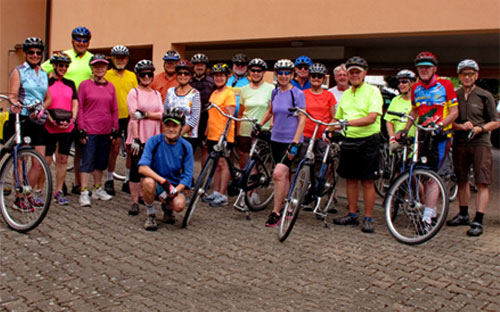